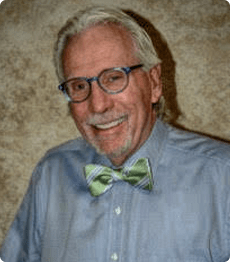 Integrative Medicine is a new medical specialty which combines the best of so-called Western Medicine with proven natural remedies, supported by not only tradition, but by either outcome based or evidence based studies. Respected Yale Internist, Dr. David Katz, has stated that evidence based medicine, the “holy grail” of the American medical establishment, accounts for about 40% of contemporary medical practice while the majority of medicine practiced in our country is actually traditional. One condescending comment that I frequently hear from my medical colleagues when I propose a natural rather than a pharmaceutical remedy is, “where are the evidence based studies”? Recently, when I did supply one of my associates with supporting studies for a natural remedy, he replied, “well they’re just studies and new studies can refute old studies”. Hey doc, you’re right, but you can’t have it both ways!

To this end, I have dedicated my practice to finding TRUTH. This truth is sometimes supported by patient outcomes, some of which cannot be measured by lab tests or other studies and are therefore declared “anecdotal”. Understandably, medical students are taught to view testimonials with skepticism. We all know the “placebo effect” is powerful and may play a role in “healing”. However, long term positive outcomes speak for themselves and many of these outcomes can indeed be measured objectively. By necessity, medical students are taught time honored axioms which are passed from teachers to students, who then become the teachers to other students. However, a significant percentage of what was taught to me as the “gold standard” of treatment some 30 plus years ago would now be considered “malpractice”! Thus the need for required CME, continuing medical education. Things change!

This being said, one method of medical practice that is becoming less controversial is Intravenous Therapies. This type of therapy has been practiced for decades and is a mainstay of European and some forms of Eastern medicine. Unfortunately, in our country, this type of therapy is not regulated by the FDA. Therefore, these therapies cannot be promoted to diagnose, treat, or alter the outcome of disease. In addition, these therapies may be administered by various health care practitioners who have very little formal training and are ill equipped to handle any potential complications. Fortunately, however, complications are very rare and IV or Intravenous Therapies are relatively painless and can be highly effective in selected cases. In practice, Intravenous Therapies bypass a defective gut, caused by bad dietary habits and/or chronic illness, which prevents the absorption of basic nutrients and many oral remedies. Examples of IV Therapies that we offer at Wellness & Longevity are outlined below:

VITAMIN C (ASCORBATE) – Vitamin C has been called a “panacea”. When given IV in high doses impossible for the gut to tolerate when given orally, it has pro-oxidative effects. Vitamin C also aides in collagen formation and wound healing. It has anti-inflammatory effects and may kill bacteria in addition to viruses and fungi. It also has been proposed as an adjunct to cancer therapy. The list goes on and on………

VITAMIN IV THERAPY (Myer’s Cocktail) – This is a proprietary blend of intravenous vitamins-minerals with magnesium. It is reported to help with various maladies including, but not limited to, migraine headaches, stress and fatigue, collagen vascular disorders, muscle spasm, and fibromyalgia. It has been used in the US for several decades.

GLUTATHIONE – This is one of the body’s major antioxidants. Antioxidants neutralize free radical damage in the body and prevent inflammation. Glutathione is the major antioxidant in the central nervous system. It has been a helpful adjunct with multiple neurological disorders including Parkinsonism and peripheral neuropathy. It is also reported to be helpful with detoxification.

POLY-MVA – This is known as the palladium-lipoic complex. It has been approved orally by the FDA as an energy supplement. Research has indicated that it may be effective as an adjunct in cancer therapy. Our experience has been very positive with this IV supplement, particularly in metastatic cancer. In laboratory studies (in vitro) it challenges and leads to death of cancer cells while providing energy to injured and healthy cells. Research is ongoing in FDA trials in cancer with this promising compound. Although safe and well tolerated, it is not yet approved by the FDA and is therefore considered experimental. In our experience, it also helps control pain in advanced cancer patients.